It's so a lot that a student of history who has the interest in the ability of the top leader who rules an empire and various countries and the person who participates in active power can't finish counting but man of the headship which can be a model doesn't lay so that he counts. Qianhan in China falls and a new dynasty is built for about one year, but even if it'll be now, historical actual GA where ryuu excelled, regained and built Houhan is holding a sense of dread from all over the world. Sho Katsuryo Kong-ming, Cao Cao and Mao Zedong look up to him as his mentor. Kong-ming was too famous as a strategist of Liu Bei profound virtue, but even if it was done with that, there was a wall to the top leader it isn't possible to exceed. There was Cao Cao in the leading role-like location by the Sanguozhi, and tolerance was big as a leader, and a son sou day made a foundation of the gi dynasty which abdicated the throne with Houhan, but it isn't away from him for an emperor. An emperor thinks the leader image which has no history examples above mentioned as staunch working which commands a front and fights daringly personally is that it's natural for everyone to hold a sense of respect and dread. How about putting the ability of the active top leader of each country of the world in the history of civilization now, is it seen?
He reigned as the length of the Japanese politics during 8 years, but Mr. Shinzo Abe gets an incomplete impression in the way middle in realization of a policy. While the disease turns and can't steer any more 2020 difficultly by a Corona misfortune, and the new growth strategy pronounced three arrows is the second time, it has been a result as exiting. The first time was the situation that I have no how to do, but when concentrating on politics the second time, a fixed countermeasure should be done, and when doing the severe way of speaking, even if a label as slackerism is put, the manner wouldn't be here. Mr. Kan who was the strategist role up to that was chosen as successor's prime minister, but it's unknown quantity the original color can be made, and whether it's answered by national futaku. There is no POJISHONNINGU of a top leader to working in an image from the farmhouse, and a Chinese side seems to be the situation that I'm anxious about correspondence. Mr. Shinzo Abe was a wall by Japan-China relations by a blood vessel of Mr. Kishi Nobusuke who was in the center of the Imperial Rule Assistance Association, but Mr. Kan is a person of the background and working to which he completely has no relation, so a Chinese side can't do any more a paranoia strategy in the war, and diplomatic advantage is the destroyed figure. Mr. two floors seem upset with a party in the parent and a party during a flattery on the White House side, but it would be better not to worry about it. Future's Japan, I should touch a Chinese side by personal diplomacy. The salesman who isn't familiar with political power of cards will probably become thin from now on.
Chinese whole makes a policy bear a close resemblance to the power of the Daito dynasty and the former dynasty directly, but I think the scrap paper isn't supposed to do 50 year guarantee of the double systems in a single nation in Hong Kong. 27th vintage is still guaranteed, a period, Mr. shuu Chinahira (the Communist Party of China, emperor) has the obligation attendant for Hong Kong citizen. Isn't it a main subject of an original Chinese emperor to see ahead of 200 years per 100 years and consider politics? Even if it's made Taiwan, you'll need flexible correspondence. Anyway democratization would be formed at a Chinese continent, Russia and Korean Peninsula. There is a possibility which changes during this century for the world order. Or, the mankind has no choice but to ruin.
An own country priority principle is only overture of a civilized collapse. Trouble and a war welled up from there the time of everytime. History in each human time tells that. Is it all right already that the generation when you don't know a war repeats a war again? There is a guarantee Heiwa can maintain by succession only of a word nowhere. When a perspiration and trouble aren't embodied with a descent, it can be understood instinctively that it isn't brought close to its painful. There is a used habit on the system side, and the major media aren't supposed to forget that there is a dislike which chips discernment objectively. Propaganda of weapons of mass destruction by running out of control of Imperial Headquarters and an Iraqi war of the prewar military is the good example. A student of history, a politician, an author and an artist journalist should keep in a liver to take on the mission out of which Taihei in a world is being formed fairly. The duty is boundless and heavy. 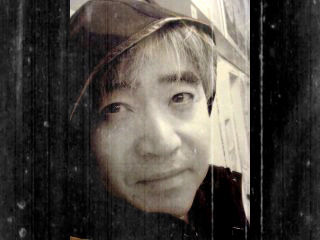